LESSONS FROM THE BIBLE (Lessons from Joseph) 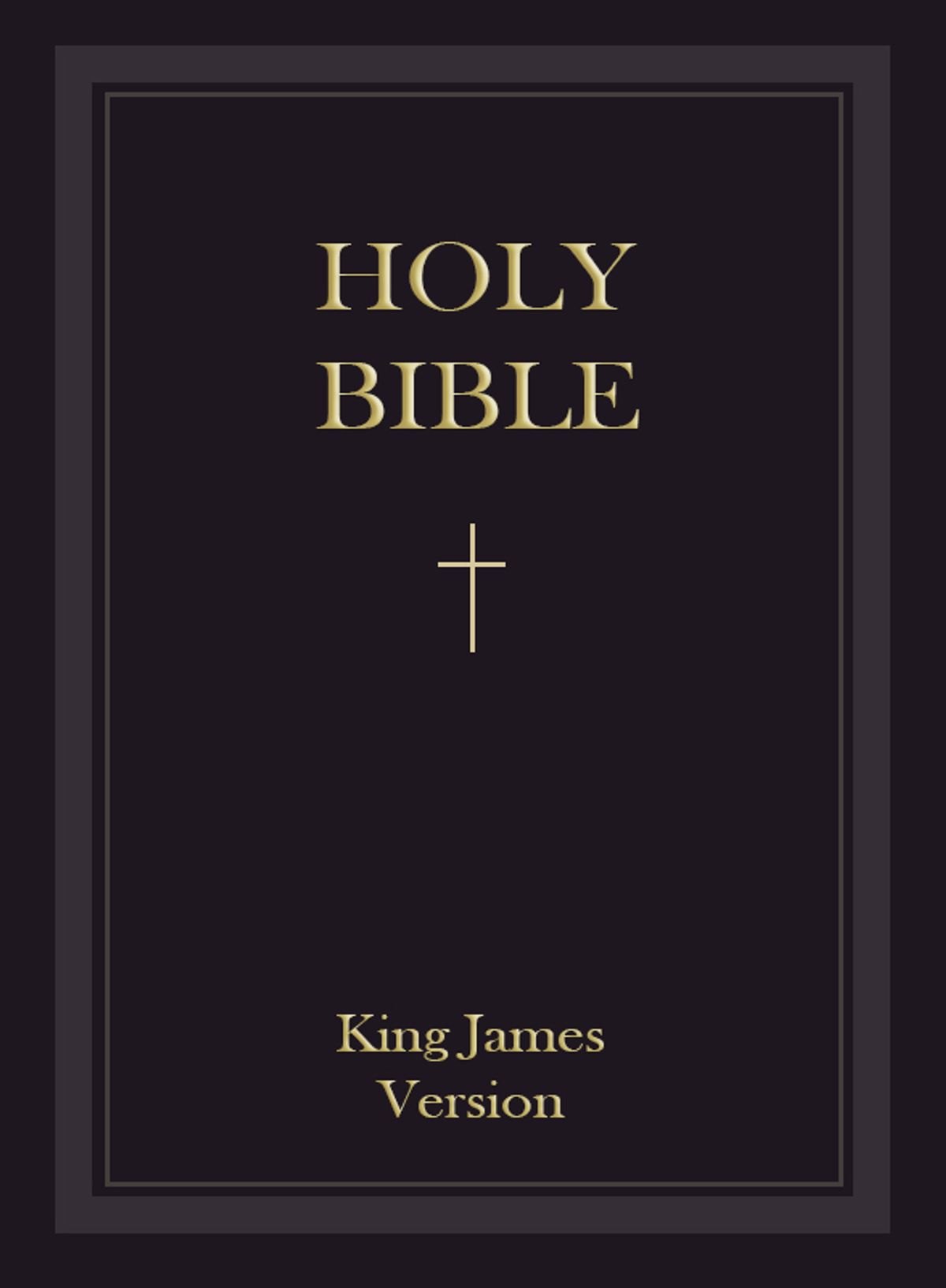 How many of life’s lessons have you learned through the “school of hard knocks”? I’ve certainly learned a few that way. They make great testimonies—if you survive them, but I don’t recommend it. There’s a better way! God’s Word is full of the good and bad experiences of men and women of old, placed there as examples for you and me. I decided a long time ago that a study of those examples is a much better way and a lot less painful way to learn.

Through the study of their lives, I know I have gained the wisdom and understanding to make decisions that have allowed me to avoid many of the hard knocks that come through trial and error. First Corinthians 10:11 says,

“Now all these things happened unto them for ensamples [examples]: and they are written for our admonition, upon whom the ends of the world are come.”

One of my favorite characters is Joseph. Next to Jesus, Joseph may be the greatest example of godly character and integrity in the Bible. Joseph’s story began with a dream at the age of seventeen. He knew the dreams he was having were from the Lord and that they revealed God’s purpose and plans for his life. Genesis 37:6-7 and 9 say,

“And he [Joseph] said unto them [his family], Hear, I pray you, this dream which I have dreamed: For, behold, we were binding sheaves in the field, and, lo, my sheaf arose, and also stood upright; and, behold, your sheaves stood round about, and made obeisance [bowed] to my sheaf.”

“And he dreamed yet another dream, and told it his brethren, and said, Behold, I have dreamed a dream more; and, behold, the sun and the moon and the eleven stars made obeisance to me.”

Joseph believed what the Lord had spoken, and he immediately announced it to his family: “God told me that all of you will bow down to me someday!” Some believe that Joseph made a mistake when he shared this vision, but I believe he was simply excited about hearing from the Lord and shared it in simple faith and humility, not arrogance. However, this bold announcement only served to draw his father’s rebuke and feed his brothers’ growing hatred. (Gen. 37:8, 10-11).

Joseph had heard from God. He now had a purpose, or a vision, for his life, even if it wasn’t received by others. You were created for a divine purpose as well! God may not speak to you through a dream, but if you will become determined to know His plan for your life, He will reveal it to you. As long as you can live without knowing His will for your life, you will. If you’re not fulfilled in what your doing, even if things seem to be going well, don’t wait any longer; don’t settle for anything less than knowing God’s purpose for your life. The Bible makes it very clear in Ephesians 5:17 where it says,

“Wherefore be ye not unwise, but understanding what the will of the Lord is.”

Not only will the pursuit of your vision bring fulfillment, it will keep you on track. Joseph’s vision kept him on track during very difficult times and when faced with great temptation. Proverbs 29:18 says it this way,

“Where there is no vision, the people cast off restraint” (American Standard Version).

Your God-given dream, or purpose, will inspire you, motivate you, and help restrain your flesh in the absence of any evidence that it’s coming to pass. And don’t be surprised if some of your fiercest opposition comes from those close to you. It did for Joseph.

Joseph understood that what God had spoken to him and declared about him was true no matter what the circumstances indicated. Genesis 39:2 is one of my favorite verses in all of Scripture because it defies the logic of Joseph’s circumstances. It says,

“And the LORD was with Joseph, and he was a prosperous man; and he was in the house of his master the Egyptian.”

God’s Word declares that Joseph was “a prosperous man.” This was at a time in his life when He was serving as a slave! His own brothers had sold him into slavery and told his father he was dead. No longer the wealthy, well-dressed, favorite son, Joseph found himself on an auction block in a foreign land, stripped of everything—including his clothes. His rich Egyptian master stood beside him with all of the extravagance that came with abundant wealth, but the Bible forever records Joseph as being the truly prosperous one. That’s Awesome!

“Thou shalt remember the LORD thy God: for it is he that giveth thee power to get wealth, that he may establish his covenant.”

Joseph believed he was prosperous because he knew prosperity came from God, not man. He had an image on the inside that was not affected by circumstance, and it enabled Joseph to operate in faith. Instead of licking his wounds and complaining, Joseph served others and ministered wholeheartedly to their needs. As he diligently labored, God blessed the work of his hands.

If Joseph could do it, so can you. You have the same power dwelling on the inside of you that raised Jesus from the dead. Joseph didn’t have that. Begin to see yourself as God sees you, a prosperous person, regardless of your physical circumstances. Recognize and acknowledge the fact that God is with you, that you are anointed and highly favored. Serve others with all your heart as unto the Lord. Eliminate murmuring and complaining, and replace them with praise and thankfulness, knowing God will complete what He has begun in your life.

Joseph maintained his integrity. Recognizing the favor and presence of God in his life, Joseph’s master soon appointed him manager over his entire house. Genesis 39:6 says,

“And he left all that he had in Joseph’s hand; and he knew not ought he had, save the bread which he did eat. And Joseph was a goodly person, and well favoured.”

Potiphar trusted Joseph completely! However, the master’s wife began to solicit this handsome young man to lie with her. This had to be very tempting for a slave in his position, but Joseph refused to give in—no matter what the cost! He maintained his integrity, but it was not rewarded. In fact, he got just the opposite. In her anger at Joseph’s rejection, Potiphar’s wife lied to the master.

“And it came to pass, when his master heard the words of his wife [false accusations against Joseph],… [he] took him, and put him into the prison, a place where the king’s prisoners were bound” (Gen. 39:19-20).

Joseph was able to maintain his integrity because he was not concerned with what man thought. He did not consider the benefits or consequences of his actions based on what Potiphar, his master, might do. Notice his reasoning in Genesis 39:9. It says,

“How then can I do this great wickedness, and sin against God?”

His main concern was what God would think. He understood that he was accountable to God and that the fulfillment of his dream was completely dependent upon God.

Joseph lived a God-dependent life, and he lived it in the midst of great adversity. He knew his future rested in the hands of the Lord. Psalm 75:6-7 says,

Joseph’s life was about to take another turn. His dependence on God would open a door that would literally change history and become an even greater display of his character. The chief butler and the chief baker of the king of Egypt offended their lord, the king of Egypt, who then had them thrown in prison with Joseph. There they both had a dream but no one to interpret them (Gen. 40:1-7). Joseph demonstrated his trust and dependence in the Lord by stating,

The Lord gave Joseph the interpretation, and both came to pass. The butler kept his job, and the baker lost his head. In spite of the miracle of these interpretations, the butler said nothing of Joseph for two years. Most people would have given up, but not Joseph; he knew God’s plan would be fulfilled. Then the Pharaoh himself had a dream that all the magicians of Egypt could not interpret. God was about to take Joseph from rags to riches in one inspired moment. When the king learned of Joseph’s ability to interpret dreams, he sent for him and asked if he could interpret his dreams. Joseph was ready. He confidently answered in Genesis 41:16 saying,

“It is not in me: God shall give Pharaoh an answer of peace.”

Joseph, by the Spirit, interpreted the king’s dream. Equally as important, the king realized the Spirit of God was in Joseph. His response is recorded in Gen. 41:39-40, which says,

“And Pharaoh said unto Joseph, Forasmuch as God hath shewed thee all this, there is none so discreet and wise as thou art: Thou shalt be over my house, and according unto thy word shall all my people be ruled: only in the throne will I be greater than thou.”

Promotion had truly come from God. Immediately, Joseph found himself promoted to a position of power, second only to Pharaoh. It’s important to understand that Joseph had either been serving as a slave or was imprisoned for seventeen years after the time that his purpose was revealed and before it was fulfilled. It’s so tempting to become weary or impatient and abandon the vision for an easier way. But don’t do it and you’ll reap. Galatians 6:9 says,

“And let us not be weary in well doing: for in due season we shall reap, if we faint not.”

If you continue to read in Genesis, you will find that Joseph remained dependent on God, and he never lost his way in the midst of such power and wealth. He kept his God-given vision alive, served others wholeheartedly, and remained totally dependent on God. Why, because he had a vision that had not yet been fulfilled. God was going to use this slave to save his family and a nation.

It was nine years from the time Joseph was placed in power before his brothers came to Egypt seeking help. Think of the options that were available to Joseph. If he wanted revenge, he could have taken it. He could have acted in pride and demanded an audience with his father and brothers, humiliating them and forcing them to bow before him. But Joseph did nothing; he refused to act in the flesh and remained dependent on God. How many of us would have exercised that kind of restraint? Not many.

Through Joseph’s example, I’ve recognized the importance of seeking God even more when things are going well. Prosperity and success will test your character infinitely more than hardship! When you’re in trouble and your back is against the wall, you know you need help. But did you know that success has corrupted more individuals than hardship ever has? It’s prosperity that often causes people to lose sight of their God-given vision or to attempt to bring it to pass through their own natural ability. Even with extreme wealth and power at his disposal, Joseph waited on the Lord and watched in faith as He brought the dream to fulfillment!

“And when Joseph came home, they [his brethren] brought him the present which was in their hand into the house, and bowed themselves to him to the earth.” (Gen. 43:26)

The story of Joseph is power packed, full of wisdom and truth. I believe every Christian needs to study his story again and again. To help you, I produced a series called Lessons from Joseph. These revelations have changed me, inspired me, and helped develop character within me. I believe they will do the same for you.